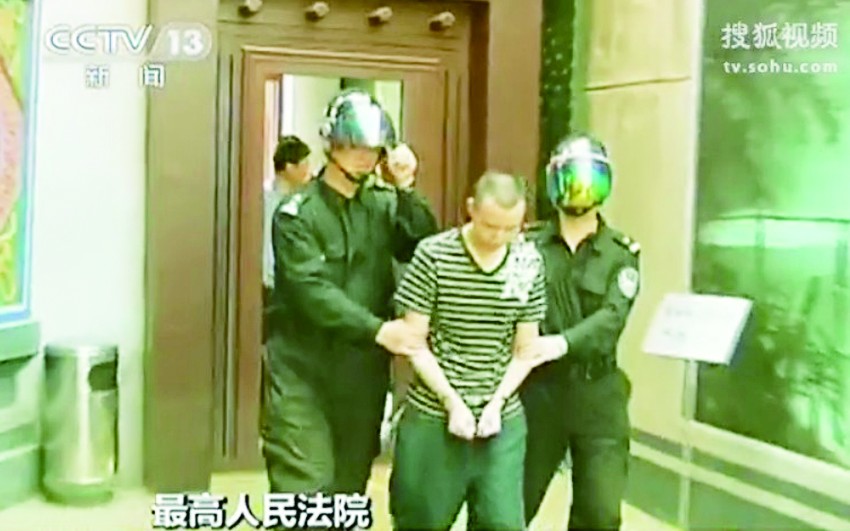 June 4th is a sensitive date for most Chinese people. It was remembered because 22 years ago the belief of democracy was completely trampled on. However, 22 years later, violence seems to have been the protector of democracy. In the morning of June 4th, 2011, Yao Jiaxin, the college student who stabbed a young mother to death in order to cover up a hit-and-run accident, was executed death penalty.

Death penalty might be appropriate punishment for Yao and his huge mistake. It was considered the victory of public opinion. Such kind of “democracy” satisfies the “downtrodden.” But at the same time, we cannot neglect the indifference behind the so-called democracy. In the morning of the execution day, Yao’s father updated his micro-blog: “I cannot see my son right before the execution” “it was not allowed to even get my son’s body back after the execution. I can only wait for the ashes…” In China, it extremely hurts his or her family members if a person “died without remains,” especially in traditional Chinese families.

From my point of view, democracy should work strongly as a system to protect the rights and interests of most people. It should be standardized by laws and regulations and thus get strongly enforced. While most Chinese people, including many government officials, understand democracy as “advocacy of the people.” In order to appease the public outrage, Yao was given the capital punishment, the heaviest penalty a person can get. But the “mobs” think it’s not enough. They want to enjoy being empowered and “taste good to the last drop”. Thus, as extension of the death penalty, Yao’s parents were deprived the right to see their son for the last sight and get his body back after the execution. From this case, we do have a reason to expect that public opinion will bring horrible impact if it’s utilized by people with negative intentions. Because we have witnessed how the power of public opinion even overrode on laws. It seemed that laws and regulations could be neglected if the public think it’s the right thing to do. Such unconstrained democracy, I think, is violent.

Shuze Chen is a full time graduate student at SPR, Annenberg, USC. He comes from Jiangsu, China. He did his undergraduate in Advertising, Nanjing University.
View all posts by ShuzeChen →
This entry was posted in Uncategorized. Bookmark the permalink.